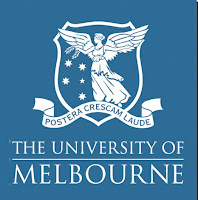 Applications are invited from outstanding applicants of a high calibre to pursue PhD research at Liverpool Hope University in selected areas. We are seeking confident, innovative postgraduates with a record of achievement to undertake a broad range of thematic and inter-disciplinary projects. This call is open to both UK/EU and international applicants.
Duration of award(s): Scholarships are awarded each year for a maximum of three years.
What does it cover? This award would cover full tuition fees and a monthly maintenance grant each year for a maximum of three years of full-time doctoral study (subject to evidence of satisfactory progress and periodical review as deemed suitable by the supervisory team). Successful candidates will also be expected to help with some light teaching (no more than six hours per week) as a Graduate Teaching Assistant (GTA).
Notification: Shortlisted candidates will be invited to interview
How to Apply: Eligible applicants should apply via the Online Application System. Applicants must also arrange for three academic references from academic referees to be sent directly to Mr Chris Lowry at researchdegrees-at-hope.ac.uk by the application deadline. Applications without supporting references, sent directly from referees, will not be accepted.
Scholarship Application Deadline: The application deadline is 25th June, 2015.
Further Official Scholarship Information and Application
Read more: Vice-Chancellor's PhD Scholarships in UK, 2015 Scholarship Positions 2015 2016
http://scholarship-positions.com

The New Zealand Federation of Graduate Women (Wellington Branch) (NZFGW) established this PhD scholarship to build knowledge and leadership to enhance the status of women in New Zealand.

The ideal candidate will be an exceptional woman who will make a significant contribution to the advancement of women's academic achievement in New Zealand. The successful applicant will be expected to contribute fully to the economic and social fabric and performance of the country through the knowledge contribution of her doctoral studies and her on-going leadership influence post completion.

One scholarship will be awarded.

The scholarship will be held for up to three years.